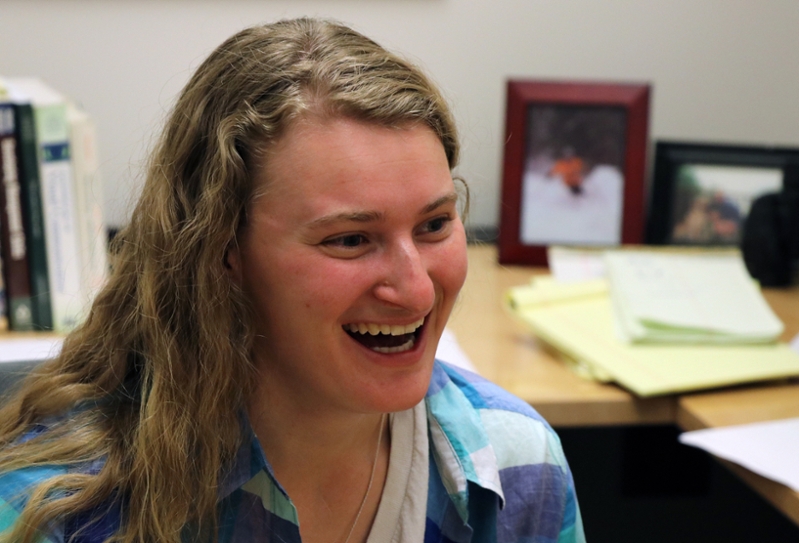 Alison Shimko, a Speech and Hearing Science major in the Department of Communication Sciences and Disorders, has received a prestigious Fulbright grant to teach English in Spain for the 2017-2018 academic year.

Alison and three other University of Utah students join 1,900 U.S. citizens who will teach, conduct research, and provide expertise abroad through the Fulbright U.S. Student Program. Recipients of Fulbright Awards are selected on the basis of academic and professional achievement as well as record of service and demonstrated leadership in their respective fields.

“I have always been interested in teaching and having an impact on someone's life. That was the driving force behind my application,” Alison said. “I taught high school and middle school students in the past year and have been learning Spanish from a very young age.”

“When I studied abroad, I was amazed by the different influences of cultures on the Spanish language and how it has evolved over the years.”

The Fulbright program is the flagship international educational exchange program sponsored by the U.S. government and is designed to build relations between people in the US and the people of other countries that are needed to solve global challenges.

The Fulbright program is funded through an annual appropriation made by the U.S. Congress to the U.S. Department of State. Participating governments and host institutions, corporations, and foundations around the world also provide direct and indirect support to the program, which operates in over 160 countries worldwide.

Fulbright recipients address critical global challenges in all areas, while building relationships, knowledge, and leadership in support of the long-term interests of the United States. Fulbright alumni have achieved distinction in many fields, including 54 who have been awarded the Nobel Prize, 92 who have received Pulitzer Prices, and 33 who have served as a head of state or government.