Karen Weavers: Their Story of Forced Migration, Resettlement in the U.S., and the Restoration of Traditional Weaving

During 2007 approximately 500 Burmese refugees, most of them from the Karen ethnic group living in refugee camps in Thailand, arrived in Salt Lake City ready to begin a new life in an unfamiliar land. They arrived with hope and visions of a promising future for themselves and their children. Many more Burmese Karen, Karenni and Chin have arrived in Salt Lake City since then. 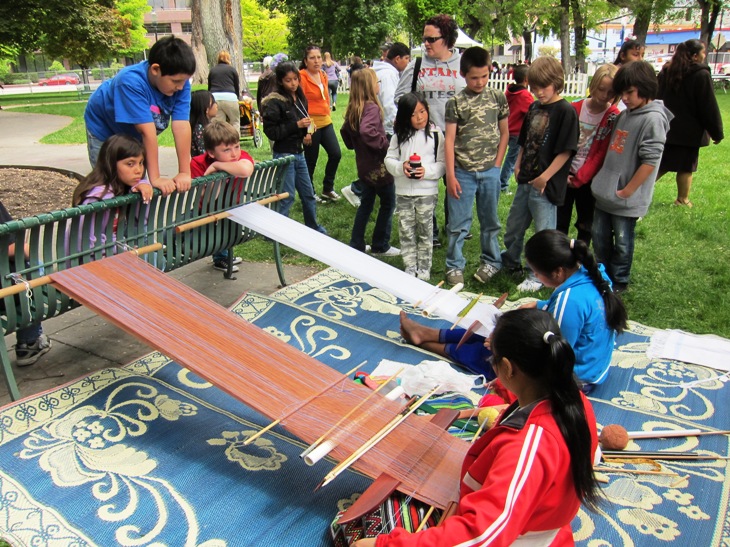 Burma (Myanmar) came under military rule in 1962 and since that time the Karen and other ethnic groups in Burma have suffered discrimination, persecution and far worse. At various times all out war has been waged against the Karen by burning their villages, forcing Karen people to work as laborers against their will, and murdering countless men, women and children. The Karen began to flee over the border into Thailand in 1975. Over time more than 150,000 refugees from Burma, mostly from the Karen ethnic group, have moved into refugee camps along the Western border of Thailand.

Today thousands of Karen live in cities across the United States and hundreds live in Salt Lake City. The Karen people are grateful for their opportunity to live in the United States but they also feel strongly that they need to maintain many of the traditions of their people including their language and weaving. Karen weavers are, for the most part, women and teenage girls. Most arrived in the U.S. without the tools and supplies needed for their traditional back-strap looms. The thread they need to weave traditional shoulder bags and clothing is not readily available in the U.S. and needs to be imported from Thailand. Department of Occupational and Recreational Therapies students, as part of their occupational therapy fieldwork experiences with University Neighborhood Partners – Hartland Partnership, have been working with the woman, facilitating the restoration of this traditional occupation and have been teaching the women the skills needed to sell their products and interact with customers.

University Neighborhood Partners – Hartland Partnership provides space for the women to get together and weave. 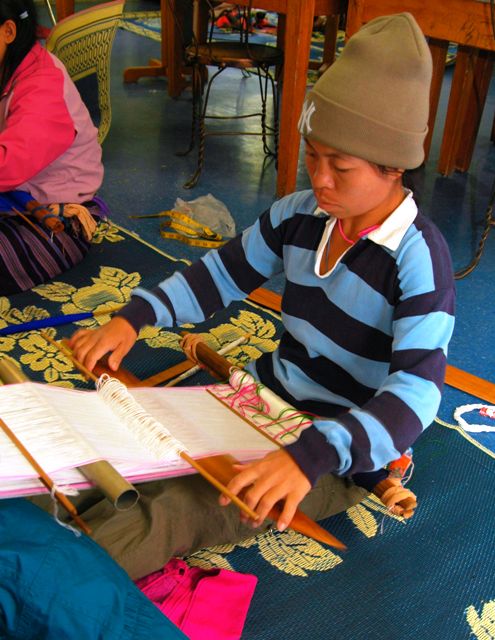 They come to together weekly and while weaving have the opportunity to maintain their social networks, participate in the production of their traditional craft and pass their knowledge of this craft on to the next generation. This opportunity has allowed several of these women and teenage girls to supplement their family’s income through sales of their products at the Pioneer Craft House, local farmer’s markets and other locations.

On July 26, 2009, the Salt Lake Tribune published an article on the Karen women's weaving group.