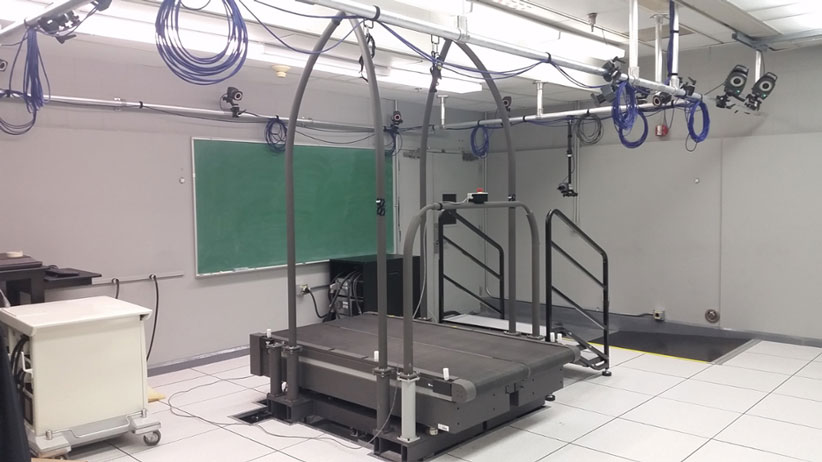 Motion in 3-dimensional space is measured with a Vicon motion analysis system, using Vicon technology. The overground force plates (see “Ground Reaction Forces” below) are surrounded by eight F-20 and two F-40 cameras, each with a resolution range of 500-1000 Mega Pixels and 250 Hz per frame. The instrumented treadmill (see “Instrumented Treadmill” below) is surrounded by nine Bonita B10 cameras, which can capture at 250 frames per second and are 1 megapixel, as well as a Bonita 720C Video camera, which can capture up to 120 fps and can be synchronized with the other Bonita cameras. 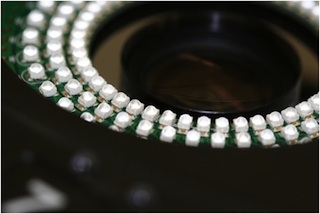 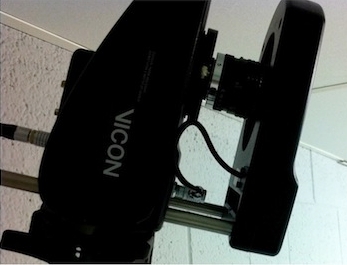 The dual fluoroscopy system (DFS) is designed to measure in-vivo kinematics of cadaver and live human joints in real time. The DFS consists of two modified OEC 9400 fluoroscopes. The x-ray source and image intensifier are mounted on separate half c-arms, providing considerable imaging flexibility with a wide range of possible configurations, ideal for studying the motion of joints. It can be arranged to capture motions for all activities such as stair climbing, squatting, rising from a chair, clinical exams (supine, sitting, prone). It is our goal to place the DFS adjacent to the instrumented treadmill for simultaneous capture of joint kinematics and kinetics.

Each fluoroscope has been fitted with a high speed Phantom Miro 3 camera (Vision research). These cameras can take up to 2,200 frames per second. The cameras have an ISO rating of 4800, making its light sensitivity adequate for imaging the green light of the output phosphor. The standard camera housing was removed and a custom mount was designed so that the new camera could focus directly on the output window. Camera software is run from and data is saved on a PC workstation.

Markerless tracking software is used to quantify in-vivo joint kinematics without the need for implanted beads. The markerless tracking software, MtwTesla, is run in the orthopaedic research lab from a 4-Tesla card GPU machine. In this software, a pair of digitally reconstructed radiographs (DRRs) is generated via ray-traced projection through 3D bone reconstructions of CT data. By optimizing the similarity between the two DRRs and the actual 2D images from both fluoroscopes, the in-vivo position of the bones is calculated. The computational power of the 4-Tesla machine allows efficient and timely processing of the large datasets.  We thank Dr. Mike Bey and colleagues at Henry Ford Hospital for the MtwTesla software. 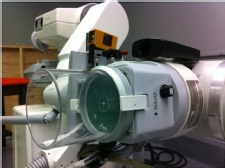 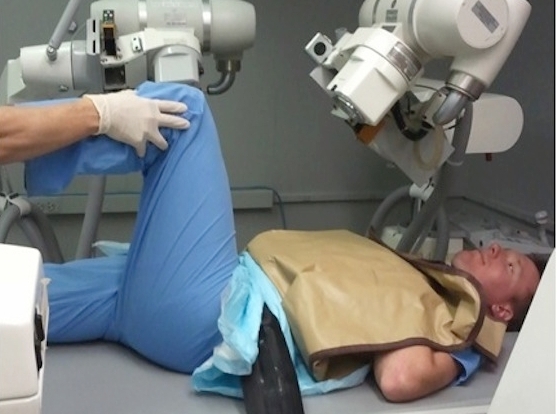 Using 2 AMTI MSA-6 Biomechanics Platforms, any ground reaction forces and moments can be measured in all 3 dimensions. An custom-built staircase can be mounted to the force plates to capture ground reaction forces while walking up 3 steps. Forces in combination with trajectory data can be analyzed with inverse dynamics to determine moments at the lower extremity joints. 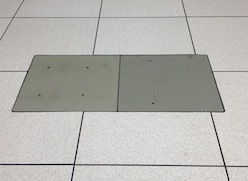 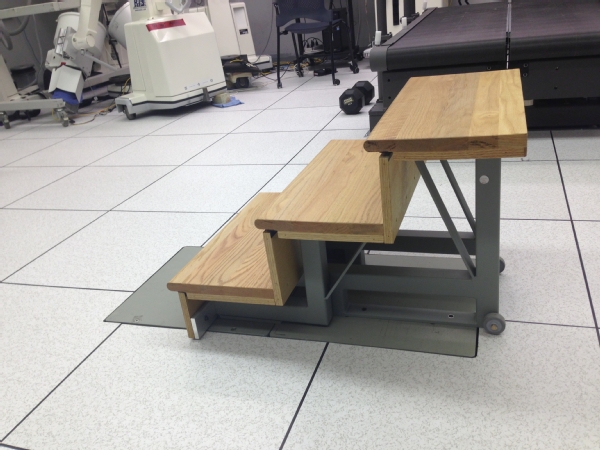 Muscle electric activity is measured using a 16 channel Motion Lab Systems MA300-XVI EMG measurement system. The system can be utilized for both surface and fine-wire EMG. The EMG system is portable and is worn on a belt by the subject. 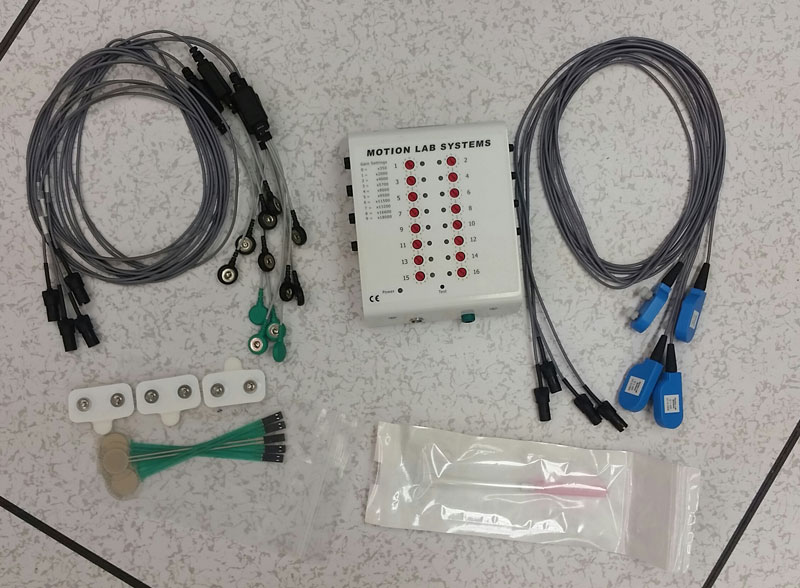 The lab is equipped with a Grass S48 Square Pulse Stimulator, SIU5 transformer isolation unit, and CCU1 constant current unit. These devices, when used in concert with one another, provide the ability to apply direct, constant current stimulation to a research subject in a variety of stimulus rates (.01 to 1000 pulses per second); amplitudes (50 µA to 50 mA); and durations (1 msec to 10 sec) in single or repetitive train rates (.01 sec to 100 trains per second). Individuals square wave pulses may be applied from 10 µsec to 10 sec applied in the range of 0.1 to 150 volts. This system can be used for research applications where electrical stimulation is needed for the purposes of muscle force augmentation or sensory stimulation purposes. 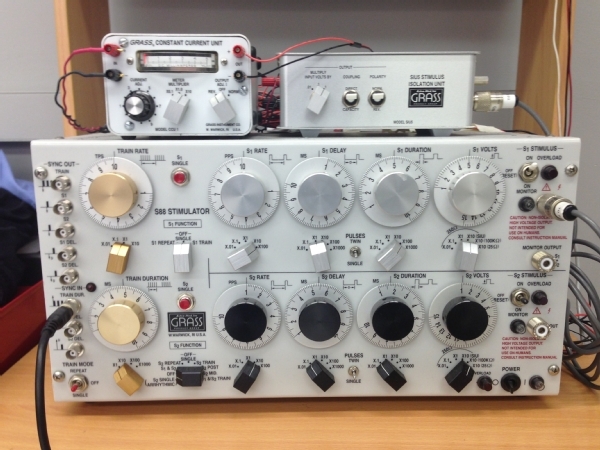 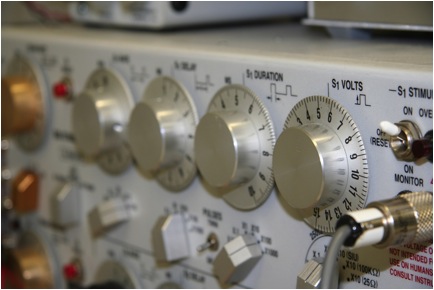 The Motion Analysis Core Facility is home to a Bertec FIT (Fully Instrumented Treadmills). This treadmill features two independent belts with full length force plates, which enables continuous data collection. The treadmill can be inclined up to 15 degrees, enabling subjects to walk up and downhill. The treadmill is also equipped with a full-body harness for safety. 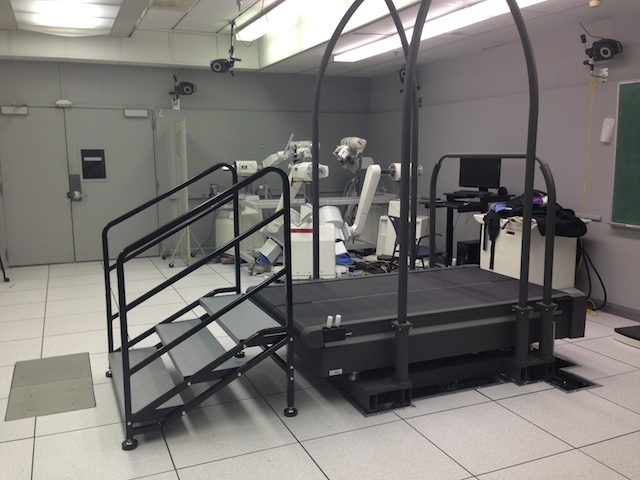 Vicon Nexus software is used to capture and integrate trajectory and force data captured by the 10 Mcam Cameras and the 2 AMTI force plates. Data is processed and filled within Vicon Nexus and then exported to Visual 3D. Visual 3D is a data extraction software that allows us to build biomechanical models and calculate specified biomechanical variables. In addition, we use LabVIEW, OpenSim, and Matlab to further analyze data.